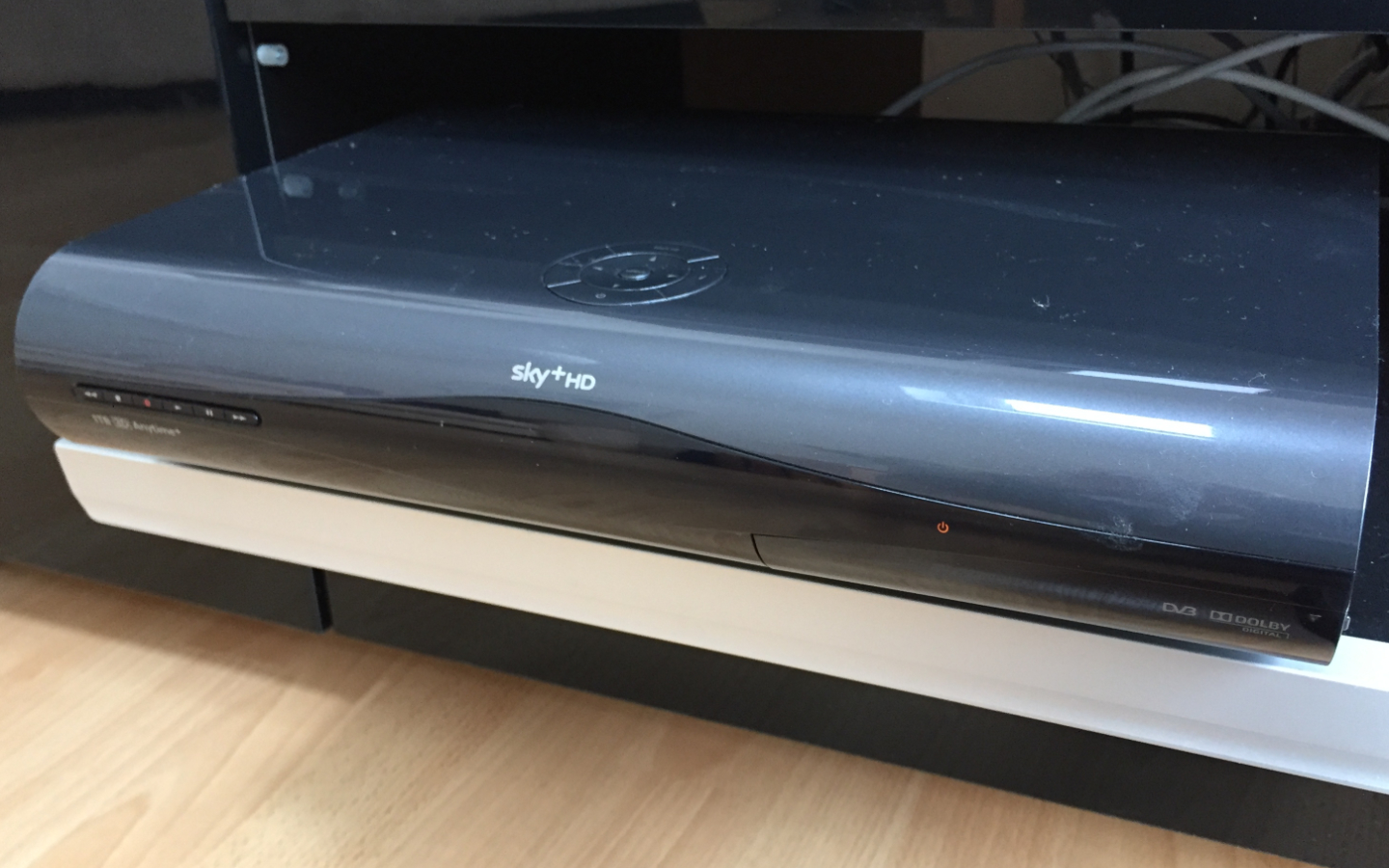 I have been a Sky customer for most of the of the last 22 years. Up until recently I was fully committed to Sky and paid them monthly for a complete package of satellite TV, fibre broadband and telephone including Sky Multiroom.

Reasons for questioning commitment to Sky

However, a number of things happened which have made me question my loyalty to Sky:

Don’t get me wrong, I am a big fan of Sky and really like their sports coverage. I try not to miss any live Premier League matches involving my favourite team, Chelsea. I enjoy watching Formula 1 and my wife and I watch a lot of ATP Tennis. We also really like the original drama productions on Sky 1, e.g Lucky Man and Delicious. From time to time we have also become hooked on some of the US dramas showed on Sky Atlantic such as The Affair. However, we don’t use Sky Cinema that much as we tend to consume our movies via Apple TV and Netflix.

Savings need to be made

The need to make savings on all my monthly outgoings finally drove the decision I had been mulling over for a while. My December 2016 bill from Sky looked this:

In addition, I was paying BT £14.99 a month for BT Sport on Sky, which was shortly going to increase to £19.99 a month. Therefore, my total monthly bill for TV, broadband and telephone was around £145, and shortly due to increase to £160 once all the discounts had elapsed.

After a lengthy discussion with my wife we decided that we should look for ways to reduce this cost. However, we were both reluctant to lose any of the channels that we liked watching or to forego the personal video recorder (PVR) functionality we had become accustomed to with Sky+ HD. I also was reluctant to accept any reduction in picture quality (both picture resolution and refresh rate) for the sport I like to watch.  We also wanted to have 2 screens with access to the sport channels – the living room TV and another TV in the family room.

The search began by identifying what offerings would provide us all the channels and functionality as well as being cost effective in supplying the two main TV rooms in our house. The obvious two contenders were Sky and Virgin who provide all the channels we watch over and above the terrestrial channels, i.e. Sky Sports, Eurosport, Sky 1 and Sky Atlantic. However, Virgin do not, at this moment in time, provide their services to small villages in Hampshire such as ours.

As we were enjoying watching the Australian Open Tennis at the time our minds were focussed on the platforms that carried Eurosport. Today the Eurosport channels are only carried on Sky, Virgin and BT. At the time it even looked like that choice was going to be reduced to just Virgin and BT,  as Discovery threatened to pull all its channels from the Sky platform at the end of January. Luckily that didn’t happen.

No single alternative to Sky

It was obvious that no single alternative platform could replicate the Sky viewing experience we had become accustomed to. Virgin wasn’t an option, as it wasn’t available in our area, and BT didn’t provide a viable option for all of the Sky Sports channel I watched, just Sky Sports 1 and 2. Therefore, I started to look at whether we could build a combination of BT TV, providing BT Sport and Eurosport channels, with a streaming box,  to provide all the Sky Sports channels using Sky’s unbundled NowTV offering. I already had a 4th generation Apple TV in the living room and a 3rd generation Apple TV in the family room which I could use for this purpose. The NowTV subscription allows 2 devices to operate concurrently, so only a single subscription would be required.

This sounded like a workable solution. The BT Youview+ bundled with BT TV would provide all the terrestrial channels, as well as BT Sport and Eurosport. It would also provide the PVR functionality we had become so dependent on. The NowTV application running on the Apple TVs would provide the live Sky Sports channels and possibly the Sky Entertainment channels we watched, albeit with no PVR capabilities and a maximum picture resolution of 720p instead of the Sky+ HD resolution of 1080i. We could then add a second BT Youview+ for the family room and pay an addition fee to use BT Sport on both. We would obviously need to switch broadband and phone suppliers to BT to make this work.

The monthly cost of this solution based on a 12 month contract was as follows:

There were also the following up front costs from BT:

Please note that we wouldn’t need to take any inclusive calls from BT, as we had done with Sky, as my wife, my daughter and I all have mobile phone contracts with unlimited calls and texts. That was the only compromise and another potential saving.

Armed with these figures I then called Sky to see if they would do me deal to keep me as a customer. I explained what I was trying to achieve in terms of savings but the best they could offer me was 15% off the TV components of my current contract. This equated to a saving of about £14. I told them I would consider it.

I then went ahead and switched my broadband and phone contract from Sky to BT and added on the BT TV Entertainment Plus and HD Extra to provide the TV package for one room. This was all done via the BT website.

Next I called Sky to cancel the Satellite TV contract. To keep me as a customer they offered to discount the TV package by 40%, which got me thinking. Should I keep a single Sky+ HD to complement the BT TV package I had just ordered? After removing Multiscreen and Sky Cinema I would end up with a new package of Sky Box Sets with Sports HD for £45.30. This I agreed to.

So I now have BT TV in the living room (for evening entertainment viewing and watching BT Sport) and Sky+ HD in the family room (for daytime viewing of sports).

One Reply to “Saving Money on Sky Multiroom”