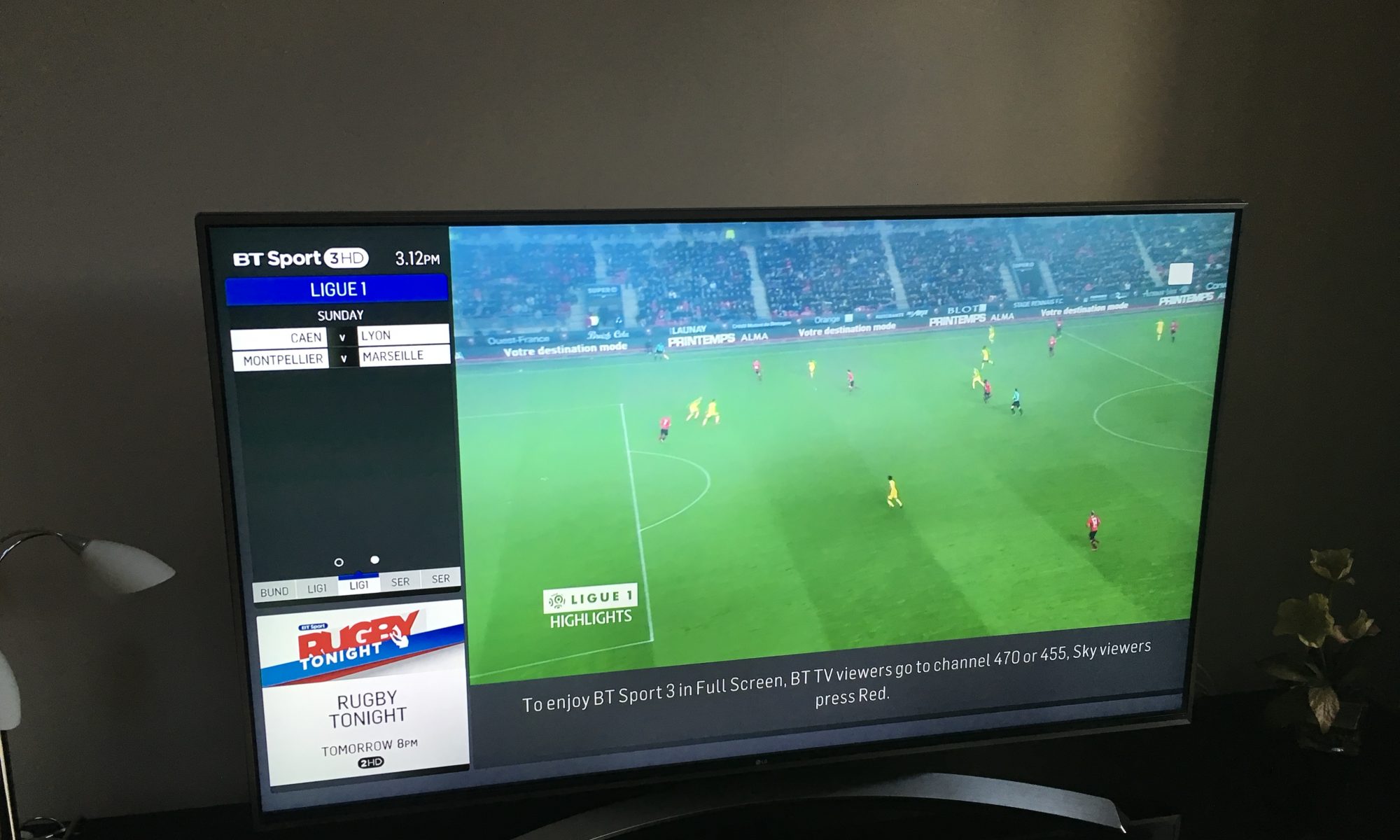 I’m often asked how you can watch BT Sport on an Apple TV using the BT Sport app on your iPhone or iPad. This post will describe the steps you need to take to achieve this.

Choose the BT Sport channel you want to watch

First, fire up the BT Sport app on your iPhone or iPad and start viewing the desired channel.

Turn on the television and Apple TV

To get the picture displayed on the Apple TV you now need to enable AirPlay from the BT Sport App. A common mistake is try using Screen Mirroring – you will get an error message saying  that you can’t use the BT Sport app with screen mirroring enabled.

To enable AirPlay tap anywhere on the iPhone or iPad screen whilst watching a video feed in the BT Sport app. The AirPlay icon will then appear in the bottom right hand corner of the screen.

Tap the AirPlay icon and you will be presented with an option to change the viewing source from your iPhone or iPad to your Apple TV.

Select which device will be the  AirPlay destination

Select the Apple TV you want to view the BT Sport channel on.

Then, as if by magic, it will appear on your television.

The quality of the picture displayed on your Apple TV will not be as good as a native feed from a BT Sport channel on a BT TV, Sky or Virgin set top box.

If you’re a BT Broadband customer you can watch BT Sport  without paying for BT TV – you just need to pay for BT Sport which is currently free for the first 3 months and £7 a month thereafter. Unfortunately, if you’re an EE mobile customer with a free BT Sports app on your phone you will be blocked from using AirPlay.

See my other posts about Apple TV

How to watch & record Freeview HD channels on Apple TV