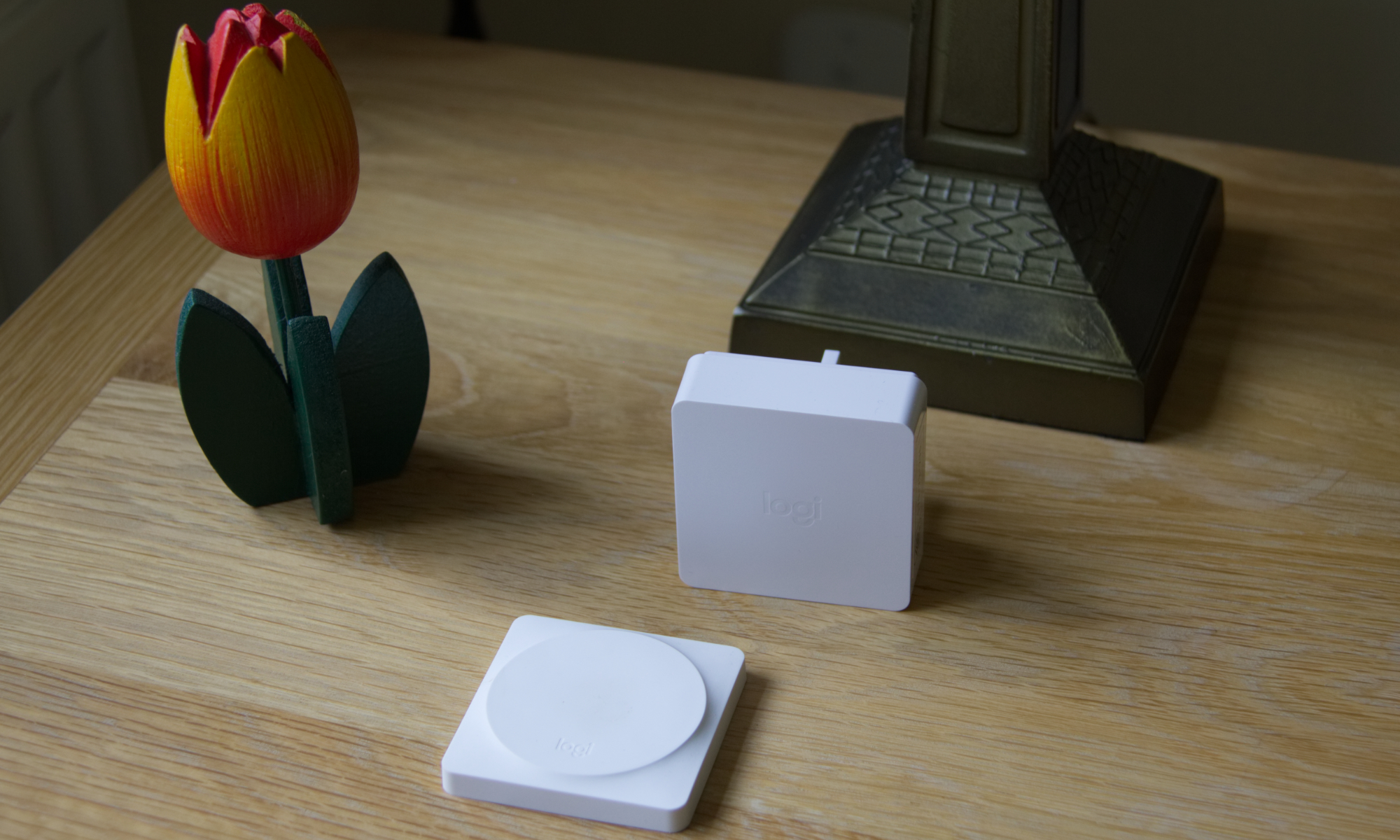 When I heard that Logitech was bringing out a HomeKit-compatible version of its Logitech Pop Smart Button I couldn’t wait to get my hands on it.

The Pop Smart Button is the first device of its type on the market. It is really easy to use by anyone and simplifies the control of multiple devices so even house guests can pick it up really quickly. You can set up three separate actions to be triggered when you perform  a  single short press, a double short press or a  single long press of the button. In addition to turning things on with the initial action, repeating the action will turn off those same things. For example I have programmed my Pop Smart Button to turn on three table lamps when I perform a single button press. If I do a double press my home entertainment system will turn on and select the satellite set top box as  its input. At the moment the long press turns on all the  lights and the home entertainment system at the same time.

Would the Logitech Pop Smart Button bridge the HomeKit and non-HomeKit worlds?

I knew that the original version could control the Logitech Harmony Hub as well as Sonos, Philips Hue  lights and Belkin Wemo switches.  Would the new version of Pop act as a bridge between HomeKit-compatible devices and non-HomeKit compatible devices? Would it allow me to control the Harmony Hub and 3 x Belkin Wemo switches I have in our living room and enable me to automated things further through HomeKit.  Unfortunately not, but I have been really impressed by this little device and its companion bridge.

Setting up the Logitech Pop Smart Button on an iOS device is pretty straightforward. Using the Logitech Pop app in the standard mode, you set up each of the actions in turn. To do this you simply drag one or more smart devices, that it has automatically discovered, from the bar at the bottom of the screen to the middle area. The app then displays “I want my” first device “to turn on/off”, “and I want my” second device “to turn on/off” etc … Once done you click the tick in the top right hand corner and the action is saved.

If you want to simultaneously turn on some devices and turn off some other devices this can be achieved in advanced mode.

Should you buy a Logitech Pop Smart Button?

If you use a Logitech Harmony Hub to control your home entertainment system or have a Sonos sound system and you have either Belkin Wemo switches or Philips Hue controlling your living room lights then the Logitech Pop Smart Button could be a fun addition to your smart home.