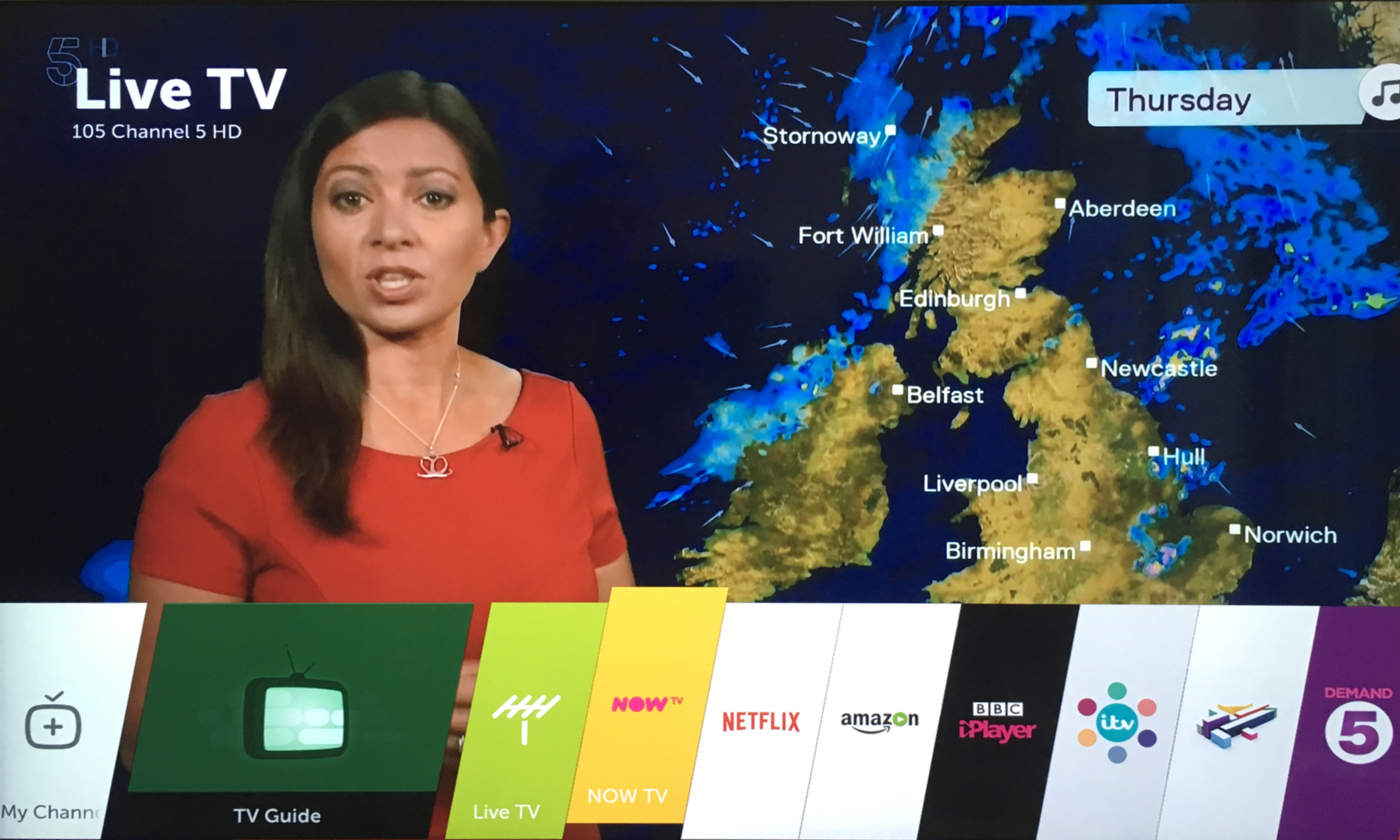 I’ve just been forced to replace a 5 ½ year old 40″ Samsung LED Smart TV as it had decided not to work any longer.  Should I upgrade to Ultra HD 4K? I hadn’t planned on upgrading it yet, as I had expected it to provide a few more years of excellent service. Even though the picture seemed to be as good as it was on the day that I first owned it, it wouldn’t boot up!

I decided that there was no point replacing a 40″ Full HD (1080p) LED TV with a like for like television. I had to find a television that would last me for the next 5-8 years, and possibly longer. What should I look for?

The main criteria I had were that I would prefer a slightly larger screen and it had to support 4K Ultra HD (2160p) and High Dynamic Range (HDR) picture formats. However, it still needed to work well with the High Definition (1080i) and Standard Definition (576i) broadcast formats used in the UK. Past experience of watching the roll out of the High Definition (HD) television channels in the UK over the last 10 years suggests  that 4K Ultra HD broadcasts will initially be limited to the premium sports and movie channels and will gradually become more mainstream over the next 4-5 years. Standard Definition (SD) channels will probably not disappear in the short term but will gradually be replaced by HD versions.

How do you choose a new television?

The first decision you need to make is the size of the screen. I was pretty happy with the quality and sharpness of the HD picture on our 40” Samsung. However, I would really love to have a slightly bigger screen to do justice to any Ultra High Definition content that I’m able to watch. At the same time not so big that HD content becomes too soft, in the same way SD content looked on the 40” Samsung screen.

A curved screen allows for a more immersive viewing experience with edge-to-edge viewing and reduced glare. For the best viewing position, however, you need to sit as near to the centre of the circle of which the screen forms an arc. For larger screens it may be possible for multiple people to sit close to the ideal position. But it is probably not worth considering a smaller curved screen due to the potential distortion if you sit any distance away for the central position.

LED televisions use an evolution of the Liquid Crystal Display (LCD) technology. LED TVs use light-emitting diodes (LEDs), typically mounted in strips along the edges of the screen, to backlight the LCD display. This improves the brightness of a LED display when compared to older generation LCD displays which were backlit by fluorescent tubes.

OLED is the latest display technology to hit the television market. OLED (Organic Light-Emitting Diode) displays work without a backlight as each picture element generates it own light. An OLED display achieves a far higher contrast ratio than either LCD or LED displays, and produce more vibrant colours as well as darker blacks.

Half of the televisions on display now offer 4K Ultra HD as standard and 80% of the models feature some sort of Smart TV capability. I’m not generally a fan of Smart TV features built in to televisions.  It’s probably OK if you only watch terrestrial Freeview channels and would like to take advantage of their catch up services. However, if you watch a reasonable amount of sport in the UK, as I do,  you will probably subscribe to one of Sky, BT or Virgin. To access any of these services you will be given a set top box (STB) by the provider, which will almost certainly feature the catch up services of the provider as well as all those of the main Freeview terrestrial broadcasters. So why do you need any Smart TV features on the television itself?

Maybe that’s about to change. With the advent of streaming services such as Netflix, Amazon Prime Video, YouTube and NowTV (Sky’s own streaming only service), Smart TV starts to become more relevant as none of the UK subscription TV providers currently carry all four of those streaming services on their STBs. For example, both LG and Samsung now provide all four of those services on their Smart TVs.

In addition, if you have a 4K Ultra HD television you can stream 4K content from Netflix, Amazon Prime Video and YouTube. You probably won’t see any 4K content available from NowTV in the short term as Sky concentrates on building out its 4K broadcast offerings on its premium Sky Q platform.

Once you’ve decided what size of screen, whether it should be curved or flat, LED or OLED, and if it has Smart TV functionality, you then have to decide on a budget. I decided that I didn’t want to spend much more than about £800. That meant that I pretty much eliminated all the OLED models due to price, but I could get myself a pretty high spec-ed LED TV. I eventually chose a 2017 model LG with 49” flat screen, Ultra HD and Smart TV equipped – LG 49UJ750V – and ordered it from John Lewis. It cost £853 but it included a 5 year guarantee. So I didn’t mind going slightly over budget.

What were you criteria for choosing your television? Were you happy with your decision?

If you would like to stream 4K video to your Smart TV you might want to read the following: